The Gary Wright Interview, Part One

Though New Jersey-born, keyboardist Gary Wright first rose to fame as a member of an English band, Spooky Tooth. That group played piano- and organ-centric progressive rock with a blues edge. After leaving that band for a solo career, then returning, then leaving again, Wright enjoyed solo success with the worldwide smash album The Dream Weaver. He continued in a similar style, all the while providing support on albums by some of his closest friends. In the later years Wright turned toward world music sounds. But in 2010 he’s back and busy with a more familiar sound and feel. Touring as part of Ringo Starr’s All-Starr Band, Wright has also just released his latest album, Connected. The album features guest spots from Ringo Starr, Joe Walsh, Jeff “Skunk” Baxter…and George Harrison. I spent some time taking with Gary about his music, now and then.

BILL KOPP: Tell me a little bit about the source of your inspiration for both lyrics and music.

GARY WRIGHT: That’s kind of a deep question. I’ve been a student of Eastern philosophy now for over thirty-five years. And I’m very much into yoga and meditation. George Harrison was actually my mentor; he got me interested and introduced me to all that. So I would have to say that there’s a spiritual side to my lyrics. I like to have positive lyrical messages, because I believe music is an uplifting force, not a negative force. So I try to make my music that way, so when people listen to it, they’ll be in some way uplifted. 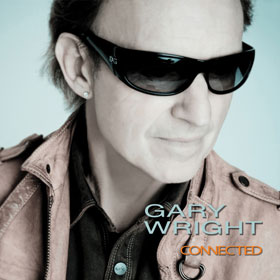 BK: Like most of the songs on Connected, “Satisfied,” the leadoff track has a strong hook and a memorable melody. Howe conscious are you when writing songs to make sure there’s a hook?

GW: I’m very conscious of it. The word “hook” means drawing people into something. When I write songs, I always try to make them that way – catchy — so that people will remember them. They’ll be more embedded in people’s consciousness.

BK: You manage to incorporate classic-sounding keyboard sounds into the songs. “Get Your Hands Up” is built around what sounds like a Hohner Clavinet D6 and a Hammond organ, though I’m fully aware in this digital age that neither instrument may actually be on the record. Is your use of ‘classic’ sounds an attempt to make a, pardon the pun, connection with the past, or is it just down to the sorts of sounds you like?

GW: In the making of Connected, I wanted to tie it into my The Dream Weaver album production-wise. But I just pick instruments that, to me, work best for the track. The priority isn’t whether it’s a classic instrument or a Hohner Clavinet or whatever. It’s how it works in the mixture with everything else; that’s how I make my decisions. 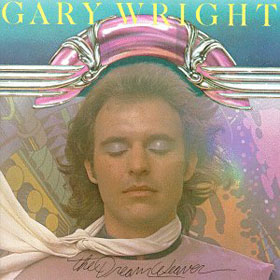 The Dream Weaver was remarkable in that it straddled two worlds: it was a highly experimental album for its time, using only voice, drums and synthesizers. But it was also a collection of straightforward, highly catchy radio-ready songs. Did you approach the album as an experimental effort, or did you have a sense it would take off commercially?

GW: I didn’t know it would take off as it did when I made it. The theme of having only keyboards, drums, voices – and no guitars — came accidentally. I had just left Spooky Tooth, and I had a Minimoog, a Clavinet, a Fender Rhodes, a Hammond organ, and a little Rhythm Ace drum machine. And an Echoplex. So I used all that technology that was available back then in the writing of all the songs, with the exception of “Dream Weaver” which I had written earlier on acoustic guitar.

When I listened back [to the writing demos], I thought, “Wow. This sounds good. It doesn’t really need guitars.” I had played keyboard bass on the Minimoog, so I decided to just keep it that way. And then people really latched onto it, as did radio, saying “This is the first all-keyboard rock album.” We were also the first all-keyboard live touring band. And it worked to my favor.

BK: Spooky Tooth played in a heavy style not far removed in some ways from Atomic Rooster, Deep Purple and Uriah Heep, and on the acoustic-based numbers, early Led Zeppelin. Were you at home with that? Because even though you wrote a lot for the group, your solo material moved away from that style pretty quickly. 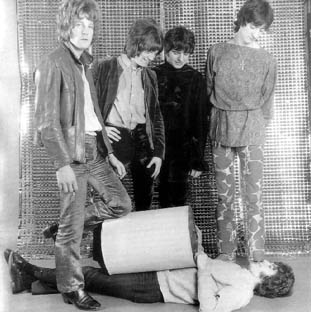 GW: My roots were always R&B; I grew up with R&B music. I love it: some of my favorite artists were James Brown, Ray Charles, Bobby “Blue” Bland. But when I moved to England in the late sixties, the scene was more of a rock one. And I had always loved blues, so I kind of added that element of bluesiness to the band. And I wrote songs in that kind of vein. I did that for awhile.

But my first love was R&B. So when I left Spooky tooth initially at the end of 1969, I did a couple of albums that were more rock than the later R&B of The Dream Weaver. The musicians I knew and used on Extraction (1970) were people like (drummer) Alan White from Yes, (bassist) Klaus Voormann, Hugh McCracken the guitarist. And then it evolved into what I later did with The Dream Weaver. I think what made the change was when I started playing the [Minimoog] bass. That changed a lot in relation to how I produced my albums; it made them more R&B-ish.

BK: Starting around the time of Footprint — specifically the song “Two Faced Man” which you performed on The Dick Cavett Show with George helping out — your career was for many years closely wound up in the whole George/Ringo axis. You played on most of George’s albums, several Nillsson records, and so on. I know that Klaus Voormann was involved with your first solo LP Extraction. Was it through Klaus that you fell in with this crowd, or some other way?

GW: You know, it was through Klaus. He introduced me to George. George made the call and asked me if I wanted to play on All Things Must Pass.

BK: On your earlier solo material, though there were all kinds of synthesizers, the sound — especially on solos – that I most closely associate with you — and I hear it on the new stuff too – is the distinctive tone of Oberheim synthesizers. 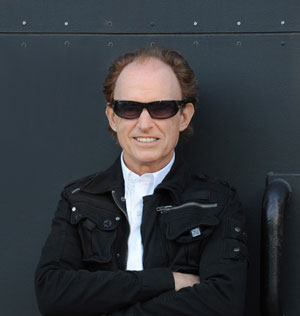 BK: What sort of keyboards are you into now?

GW: Of the older synths that I have, we use Moog bass on a lot of things. I’d say that fifty percent of the new album – maybe even more – has Minimoog bass on it. I use some Super Jupiter stuff, Roland JX-8P. And on some songs I use Omnisphere and Distorted Reality. And then most of the other stuff is on the Korg M3. I haven’t used string bass on a record in a long, long time.

BK: After your long run of successful albums in a commercial vein, your interests took a decided turn in the direction of world music. What brought that on?

GW: Having worked with George Harrison on his music, he was very much into Indian music. And I love Indian music as well. So I started to take a step in that direction, and to use those sorts of instruments. The first album where I did that was Who I Am (1987).

In Part Two of my interview, Gary Wright discusses the bonus tracks on his new album, the upcoming George Harrison biographical film, and the All-Starr tour.