I just returned from a brief (and mightily needed) weekend getaway to Charleston SC. To say it was hot and humid would be a gross understatement — July is not the ideal time to visit a southern coastal city — but it’s such a lovely place that I actually didn’t mind (and I hate hot weather). I took a few hours to peruse some of the interesting retail establishments on King Street. A mere few blocks from the tourist bustle of Market Street, King (or this part of it, anyway) might as well have been a world away. And in my brief travels I stumbled across some noteworthy vinyl LPs.

In an art/craft gallery window I spied a garish (read: early 70s) LP cover from, Roberta Flack, I think it was. But at least it got my attention. Inside the shop (staffed by a friendly yet clearly lonely/bored young man quite anxious to make conversation) were a few foot-high stacks of records, all priced at $4 each. I figured it was worth a look, but on closer inspection found mostly vocal adult pop from the 60s. Nothing as hip, even, as, say, Herb Alpert and the Tijuana Brass. 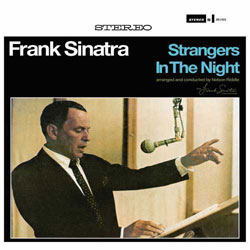 But as I was preparing to leave, I spied one more pile, in the back near the cash register. And alas, what was atop the pile? An excellent condition (in monaural, no less) of Frank Sinatra‘s Strangers in the Night LP from 1966. This album has only been reissued on CD in the last few months, with a couple of superfluous bonus tracks. (And it’s reviewed here.) So while it’s not terribly rare — you can find copies for $5-$10 — I added it to my collection for a mere two dollars.

Next up was a store I won’t name. While I realize it takes a lot of effort to open, run and maintain a record store (or any retail establishment, for that matter), this place won’t rank mention in future editions of Vinyl Lives or Record Store Days, two books about the music retail biz that, coincidentally enough, I’ve reviewed (that blue text there means you can click on it to read more, y’know). 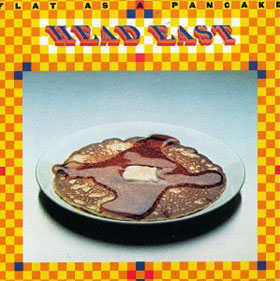 This place had thousands of records, but they were displayed (if I can use such a word) in a way that strikes terror in the hearts of an order-fanatic such as myself. Some of the records were in flat piles (you never do that! Shame!). Most were stacked vertically, but the spines were turned ’round every which-way so that scanning a stack of records a mere six inches high would take a couple of minutes (rather than a few seconds). And worst of all, the records weren’t in any sort of genre- or artist-order. After fifteen or so frustrating minutes of hunting — during which time I found several copies of albums by an obscure-anywhere-else local Charleston recording artist — I left empty-handed and slightly annoyed. The two people behind the counter were friendly enough (though a bit surprised, it seemed, to see customers stroll in), but they weren’t, like, y’know, busy or anything. They could have put all the albums in perfect browsing order in, I’d guess, an afternoon. I could have, anyway. 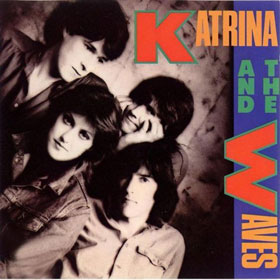 In any event, third time was the real charm. 525 Records (found on the web at the aptly-named corporaterock sucks.com) was the real find. There I discovered stacks upon stacks of vinyl, all priced at $1. In less than thirty minutes I was able to scour their inventory and locate a handful of gems, all worthwhile additions to my LP collection (now numbering well in excess of 4000). The records weren’t organized by genre or artist, but they were all displayed right-side-up and facing forward, stacked on those record bins some of us remember from the 70s.

An unhealthy percentage of 12″ singles were mixed into the stacks, as were (oddly) a few studio acetates(!) from local artists, but for the paltry sum of $5 (plus sales tax, of course), I left with good quality copies of five records. 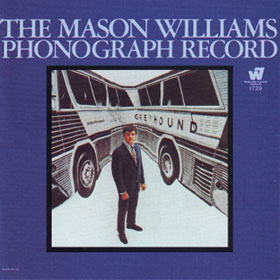 I’ll admit to indulging in the occasional guilty pleasure. And on this say, said guilty pleasure took the form of purchasing Flat as a Pancake by Head East. I bought the 1975 prog/hard rock record for the same reason everybody else did: its inclusion of “Never Been Any Reason.” Though I hear the rest of the LP is pretty good, I haven’t had a chance to spin it just yet.

For nearly all of 1968, I was a mere lad of four years. But — as I’ve recounted elsewhere – – I was a precocious consumer of pop music even then. As I listened to WSBR-AM in Boca Raton, FL (then, a top 40 music station; now, a finance-themed talk-radio station), I may not have known who the artists were. But I knew what I liked. And one thing I really liked was a groovy instrumental called “Classical Gas” by Mason Williams. So on Saturday, more than forty years after that record left the charts (I bought the 45rpm when I was a kid, by the way), The Mason Williams Phonograph Record joined my collection. 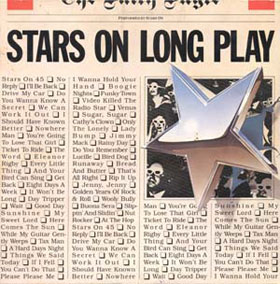 Being a Kimberley Rew (by way of Robyn Hitchcock) fan, I made a belated-by-a-quarter-century purchase of the self-titled A&M release Katrina & the Waves. You remember “Walking on Sunshine,” and you might even remember “Going Down to Liverpool.” But if you do recall the latter, it’s probably the Bangles version.

I bought my son a turntable for his 17th birthday; his collection (he’s developing into a cratedigger himself) already exceeds 100 vinyl records. In some ways, his taste casts a wider stylistic net than does mine; he digs Perry Como and MGMT and the Clash and Julie London. He also likes (or “likes”) that particularly 80s animal, the clap-happy Hooked On / Stars On subgenre. So for him I picked up the sorta-Beatles-tribute Stars on Long Play LP. While it’s actually fairly well-done, it’s good mainly for a laugh. He’ll probably have rather gotten the Sinatra LP. Tough. (Not that this will surprise anyone, but this record has never been reissued on CD. Though it reached #9 on the Billboard album charts in 1981, it’s too of-its-time, one suspects.) 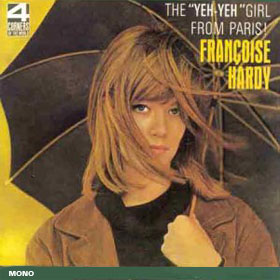 The most surprising find was Françoise Hardy‘s 1965 record The “Yeh-Yeh” Girl From Paris! This record leads off with Hardy’s smash hit “Tous Les Garçons Et Les Filles” (“All the Boys and Girls”), a monster hit in Europe. This record changes hands for around $50, usually. I think this may be the first time I’ve even seen Françoise Hardy on vinyl. Unfairly dismissed as a pretty purveyor of saccharine MOR Francophone pop, in fact Hardy possessed something approaching a rock sensibility. And she wrote (or co-wrote) much of her own material, and played guitar. Still does, in fact.

It’s always an adventure to go cratedigging in another city’s used record stores. The stacks don’t exactly mirror the city’s musical identity, but every one does have its own character. If I had more time (and had traveled more than five blocks on one street) I’m sure I would have found even more. But in adding a mere seven dollars to the local Charleston economy, I feel like I’ve added some worthy sides to my own vinyl stacks.