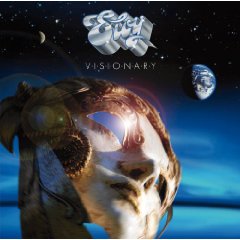 The word derivative is too often used as a term of disdain, as a pejorative adjective to tar a musical act with supposed lack of originality. But even if one doesn’t buy the adage that it’s all been done before — that, as the early rock critic Qohelet put it some twenty-one centuries ago, there’s “nothing new under the sun,” there are still valid reasons for giving musical acts something of a pass when others accuse them of recycling the ideas of others.

There are legitimate exceptions. I recall attending a gig in 2005 or so by a group called American Minor. They were pretty good. My friend who attended with me was less than impressed. “I’ve already seen Humble Pie,” he sniffed. Well, I hadn’t. So while it was true that those young rockers from West Virginia weren’t offering up much new in the way of style, the substance was their own.

Charlotte NC’s Spongetones have made a career for some thirty years turning out original tunes with the unmistakable sonic imprint of pre-Sgt. Pepper Beatles. Why rag on them for turning to the fab four for inspiration? The Spongetones have created fine an memorable music of their own; so what if a lot of it sounds like songs left off Beatles VI owing only to lack of space.

Which brings me to Eloy. This German progressive rock group has been at it for 40 years(!), though Visionary, their newest, released January 2010, is the five-piece’s first release in a decade. They’re not groundbreaking, and don’t really set out to be so. But they’re not without considerable merit.

In line with much of the current 21st century crop of European prog bands, Eloy puts forth a friendly face; hell, in the booklet photos, they’re smiling. Trust me: pull out your CD or vinyl copies of albums from 70s giants King Crimson, Genesis, Yes, Van Der Graaf Generator, Pink Floyd. I challenge you to find more than a few grins. This stuff is generally pretty serious, folks. Eloy’s lighter tone carries over into the lyrics, which are of a sort of hopeful new-agey space-rock variety.

The press kit explains that Eloy Leader Martin Bornemann set out to recreate the “vintage sound of [the band’s] most popular period.” Not being familiar with that music — my own knowledge of German prog has yet to, um, progress beyond Grobschnitt — I still hear clear echoes of the past in Visionary‘s grooves.

Notwithstanding the Teutonic accent present in all of the disc’s English-language lyrics, Visionary owes a major sonic debt to 1970s Pink Floyd. And, really, what’s so bad about that? Save the one-off July 2005 Live Earth reunion, the last time a band calling itself Pink Floyd took the stage was October 1994. That was a long time ago: people born after that concert are now driving automobiles.

The extended piece “Mystery (The Secret, Part 2)” bears the stylistic imprint of a track from the Alan Parsons Project‘s debut Tales of Mystery and Imagination: Edgar Allan Poe,” a number called “(The System Of) Doctor Tarr and Professor Feather.”

None of which is meant to suggest that Eloy are bereft of musical ideas. They successfully synthesize 70s prog and the more accessible mainstream rock. Midtempo songs like “Age of Insanity” feature more power chording than was ever David Gilmour‘s wont. Active, melodic bass lines add a subtle shade of complexity to four-on-the-floor rockers.

There’s a slightly modern sheen to the seven tracks on Visionary, one that will possess an air of familiarity to those well-versed in post-Roger Waters Pink Floyd. “The Challenge” features a female vocal arrangement that’s unnervingly similar to Gilmour-era songs. But it’s pretty cool, and the soaring guitar solo doesn’t ape Gilmour.

“Summernight Symphony” explores similar musical territory. Try this experiment: play the song, and sing along to it, but substitute the lyrics of “Comfortably Numb.” Parts of the arrangement sound like Yes’ “Machine Messiah” off Drama (true, I mention this semi-obscure album frequently; I’m a champion of this underrated anomaly in the Yes catalog). But again, how likely are you to hear new songs from Yes or Pink Floyd in 2010? Bands could do worse that create music imbibed in those styles, and fans of melodic midtempo prog-influenced rock could do much worse than picking up Eloy’s Visionary.

Eloy’s approach overall emphasizes ensemble playing over individual virtuosity. In addition to the standard band lineup, listeners will hear orchestration and flute, both well-integrated into the arrangements. While these are guitar and keyboard solos, Visionary is a lyric-centric album. The sixteen-page booklet is lovely, full of impressionistic graphics and (helpfully) all of those lyrics…and those smiling pics.

The disc makes use of the now largely abandoned “enhanced CD” technology to feature a “making of” film. Viewers who understand German will likely get a bit more out of it than did this reviewer, but it’s a nice artifact nonetheless. Most of the musical ideas transcend language, which may well be the point. The musicians are shown overdubbing tracks, and — most fascinatingly — laying down a keyboard part for the Mike Oldfield-like “Poseidon’s Creation” from Eloy’s 1977 album Ocean. The snippet reminds Eloy fans — and turns new listeners on to the fact — that Eloy has an expansive back catalog of more than twenty albums dating back to their 1971 debut. So as good as Visionary is, one of its chief virtues may lie in bringing the body of work of this interesting band to a new generation of listeners.