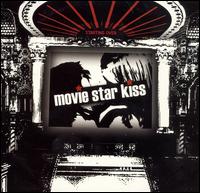 As Starting Over kicked off, this reviewer expected good things. “Getaway” opens with a good, solid beat coupled with driving guitars. The vocals had a bit of that over-enunciated 2000s quality, but that was forgivable. The chorus was strong, too; plenty of melody, incorporating the best of what was called “new rock” in the 90s. The slow bridge actually added dimension to the track. So far, so good.

Many albums are sequenced with the single right up front, but it’s reasonable to expect that the quality of the music won’t take a dive after those three minutes. Movie Star Kiss avoids that dive, but not by a wide margin. The remaining tracks edge ever-so-slightly toward facelessness. Interesting tidbits do emerge, including judicious use of wah-wah and a Zeppelin-like riff (“Let it Ride”). Movie Star Kiss draws influences from the rockier end of the power pop spectrum (say, Cheap Trick). This band — essentially a reconstituted Supercrush — wants to rock it, old-school style.

Song titles are a bit problematic. Yes, it’s true that there are a finite number of titles out there, but too many of these call to mind well-known (yet unrelated) songs from other artists (Billy Joel’s “Big Shot,” “Let it Ride” by BTO, John Lennon’s “Starting Over”). And “Teenage Fantasy,” well, that phrase is a working example of cliché.

Still, listeners could do a lot worse in 2007. And things are looking up: “Self Destructed,” a new track on the group’s MySpace page, is stronger than most of this album; it’s on a par with “Getaway.”