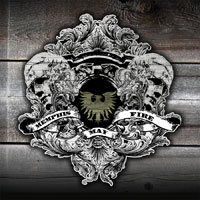 As a card-carrying Pastafarian, I pray every day to the Flying Spaghetti Monster that I am delivered from the random assignment of reviewing Christian hardcore CDs. I simply don’t get how these angry white boys (who in every other aspect look and sound like other barely-worth-merit-of-a-mention bands in the hardcore-without-a-“godgenda” subgenre) manage to keep cranking out this stuff. But it’s to no avail. This issue’s tribulation involves a listen to the self-titled release by the nonsensically-named Memphis May Fire.

These boys are a textbook definition of the word derivative. Their cover art is a cross between currency art (“In God We Trust” being the connection, perhaps?) and those t-shirts that all the Hot Topic kids are sporting. Their song titles suggest the quintet kneels at the altar of the Church of Fall Out Boy (sample title: “Conjunctions, Conjunctions, Everybody Loves them” [sic]). And while the opener’s title (“Cowbell’s Makin’ a Comeback”) suggests that MMF has a scintilla of a sense of humor, the music doesn’t bear this out.

The blood-curdling vocal approach in which they trade is such a cliché by now that it barely merits mention. If you dig that sort of stuff, more power to you. They can play well, and although this disc is mercifully brief, the instrumentation isn’t half bad. One can’t help but observe that an instrumental version would make for a much more pleasing listening experience. Instead, it’s standard-issue humorless, preachy, angsty, macho stuff. Yawn.

For the kicker, I’m tempted to make a joke around the phrase “Memphis May Misfire,” but these guys are shooting blanks anyway.