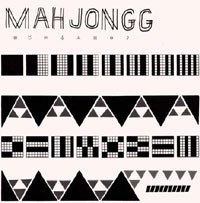 Boy, does this album suck.

Nothing much happens musically for the first two and a half minutes of the nearly six-minute “Pontiac.” Listening to it is like wandering into a drum circle populated by robots. The aptly-titled “Problems” evokes images of an out-of-tune Human League. Its expressionless delivery is sub-Gary Numan headache-inducing clatter. The skittering guitar runs on “Kottbusser Torr” sound a bit like early 80s Robert Fripp (King Crimson), but the track itself isn’t compelling. “Tell the Police the Truth” sounds like what you’d hear in the video arcade in a mall near you…in 1982.

“Those Birds are Bats” is the closest thing to an actual song on Kontpab, but that doesn’t mean it’s any good. “Wipe Out” — not the Surfaris hit — is more annoying start/stop noise, the sort of thing any teenager with a Casio, a drum machine and a four-track Fostex could have conjured up in a single 1983 afternoon. “Teardrops” sounds like German synth group Trio (“Da Da Da”) minus the whimsy. “Mercury” actually has a catchy beat, but the vocals — alternately spoken, wailed and moaned — are grating. The final cut “Rise Rice” starts off with a throbbing synth drone and percussion that sounds like someone kicking a 55-gallon drum down an alley. Then it gets worse. Four minutes in, I begged my CD player: “Please, make it stop!” But the track stole four and a half more minutes of my life.

Mahjongg seems to have gathered up all the weakest bits of the 80s. If you want to hear some good industrial/synth stuff, dig out an old Throbbing Gristle record instead.