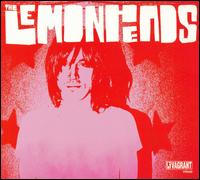 The opening of The Lemonheads — ambience and a solemn piano — portends a listening experience akin to The Who’s Quadrophenia. But it’s a red herring. Squealing, crashing power chords kick in, sending the album a different place entirely. Evan Dando has opted for less-direct melodies than on some of has past work, in the process requiring more from the listener. But the hooks are certainly there, so maybe it’s not so far removed from The Who after all.

Deeper than garden-variety power pop, The Lemonheads manages the tricky feat of assimilating modern influences while keeping one foot in tradition. The songs’ economic runtime — only two of the eleven tracks break the four-minute mark — virtually guarantees that no song will wear out its welcome. Dando wisely subscribes to the leave-’em-wanting-more school of rocking. Lyrically the album adopts a wistful, been-there attitude; the snappy melodies create a sweet-and-sour juxtaposition that balances perfectly. In some cases (the winning “Pittsburgh” is a case in point) song titles don’t seem to bear directly on the lyrical contents, but pointing that out isn’t a quibble; it’s merely an observation. And “Let’s Just Laugh” heads initially toward jammy, almost prog territory, and it’s certainly no laughing matter. Instead it continues in the aforementioned resigned, wistful direction.

Though labels like “comeback” and “return to form” are overused, both certainly apply to this, the first new Lemonheads release in a decade. In sum, The Lemonheads is a welcome return; intelligent, rewarding pop that stands head and shoulders above the musical landscape in 2007.