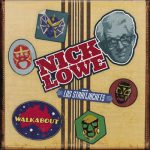 Sometimes, when two great musical forces meet, the results can be disastrous, or at least unimpressive. I don’t count myself as a fan of the ill-advised Lou Reed and Metallica pairing, 2011’s Lulu. And when the sometimes warring factions of Yes got back together for Union, the resulting album was a forgettable, bloated, too-many-cooks affair.
Read More
Note: I saw Nick Lowe twice in concert last week: once at Asheville’s Grey Eagle, doing a full (solo acoustic) set with Chuck Prophet opening; and again the next night as part of the three-night Yep Roc 15 celebration in Carrboro (Chapel Hill) NC. As a run-up to both of these events, I interviewed Lowe
Read More
Nick Lowe had a growing (if still somewhat underground) reputation in 1979. As a producer — mostly for Stiff Records — he had worked the boards on stunning a number of high-profile and successful albums, including ones for Graham Parker, The Damned and Elvis Costello. Lowe had already made a name for himself as bassist
Read More 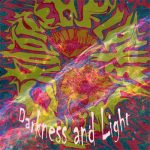 Darkness and Light is a new EP from Berkeley, California quartet Crooked Flower. Released this week, the EP is the latest release from the group who scored both “Song of the Year” and “Concert of the Year” in 2015 on my friend and colleague Mike Lidskin’s influential Twirl Radio. “Moving On” starts off with a
Read More

Though he’s known primarily for his 1979 hit single “Cruel to Be Kind,” singer-songwriter Nick Lowe is a revered figure in rock and pop music. A key figure in the British punk and new wave scenes of the late 1970s and early ’80s, Lowe has since turned his own music in a more low-key direction.
Read More
Continued from Part One… Bill Kopp: In 2012 I wrote a blog entry in which I suggested that Syd Barrett may have – consciously or otherwise – nicked the intro of “Are You Lovin’ Me More (But Enjoying It Less)” for Pink Floyd‘s “Astronomy Dominé.” The two are too similar for it to be coincidence,
Read More
Five seconds in, the listener will know that on Reform School Girl, Nick Curran means business. True, many artists have made careers out of reviving style of old — Brian Setzer immediately comes to mind — but Nick Curran is no dilettante. He means f**king business on Reform School Girls. “Tough Lover” features distorted vocals,
Read More 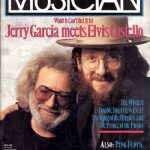 It’s quaint to think about it now, but when Elvis Costello surfaced in the summer of 1977 with My Aim is True, he was heralded as a punk artist. Coming on the scene alongside Sex Pistols, The Damned and The Clash, Costello’s status as a punk act might have made a kind of sense; he
Read More 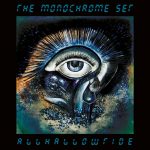 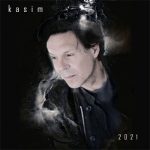