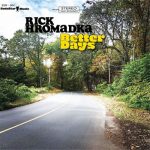 Rick Hromadka’s music has gone in a number of directions, and every single one of his efforts has been interesting. In fact, more than a few of his projects classify as “great.” His Galaxyland from 2010 – with/as Maple Mars – is a true classic. And while his soft-rock projects as Ruby Free haven’t wowed
Read More 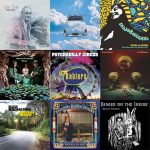 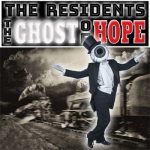 The Lancashire Hustlers – Adventures (Steep Hill Music) This London duo – Brent Thorley and Ian Pakes – has clearly come of age on a steady diet of Magical Mystery Tour-era Beatles, Electric Light Orchestra, Arthur-era Kinks, Small Faces circa Ogden’s Nut Gone Flake and other fine influences. But there’s a pleasing DIY sensibility that
Read More
Once again, it’s time for a run of hundred-word reviews. My inbox has been overflowing of late, and even after removing the material that I deem not worth my time (nor yours), I’m left with far too many discs to cover in my customary manner (500-800 word reviews). So herewith are twenty-five – count ’em,
Read More
My friend Bruce Brodeen occasionally endures some good-natured ribbing for those mini-reviews he penned in his NotLame mail order catalogs of the 90s. If you viewed his writing a certain way, it seemed like he thought everything was great. But I’m reminded of the (possibly apocryphal) conversation between a fan and Raymond Burr of TV’s
Read More
I wasn’t at all sure what to expect when I received a press release along with a review copy of Introducing Ruby Free. I knew Rick Hromadka as the leader of Maple Mars, an intelligent, compelling and ambitious group with a sound that leans toward the progressive end of powerpop. But the sepia-tinted color photographs
Read More
I’ve made my thoughts on the subject clear many times before: I look askance at tribute albums. There are simply too many opportunities to go wrong with such projects. And so most of them are pretty weak stuff. Occasionally, one comes along that offers something worthwhile. The Kool Kat label is one of powerpop’s most
Read More
Intelligent, well-produced powerpop generally draws its inspiration from a rather short list of influences. While the most mediocre powerpop tends to chase its own tail – serving up predigested, overly derivative pop you’ve heard before – the better quality stuff manages to have it both ways: remaining firmly grounded in the powerpop tradition of its
Read More