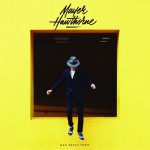 File next to: Marvin Gaye, The Dramatics, Fitz and the Tantrums On his 2009 debut, Detroiter Mayer Hawthorne showed just how developed an artist he was; that album – wholly […]
Read More
Coming this Friday (September 20, 2013) to Asheville NC’s Orange Peel: Los Angeles-based band Superhumanoids, opening for Mayer Hawthorne. The trio’s sound owes a stylistic debt to 80s synth-centric pop, […]
Read More
Matthew Dear Well, somebody has to go on first, right? The three-day Moogfest kicked off just after 5pm on Friday. Spread across more than a half-dozen venues throughout downtown Asheville […]
Read More
Get ready for a musical experience that will take you back to early 70s Detroit. Close your eyes while listening to How Do You Do, the second full-length from Mayer […]
Read More
What can I say? I’m old-school. It’s only an album if you can hear it and hold it in your hand. But modern technology being what it is, and the […]
Read More
I get a lot of invitations to live shows. It’s a perquisite of the job. For many of them I pass, sticking to the ones that pique my interest in […]
Read More
Modern soul stylist Mayer Hawthorne is touring to support his latest — well, his only to date — A Strange Arrangement. Before the show he wants to hang. Details, such […]
Read More 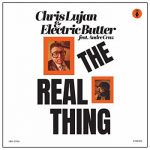 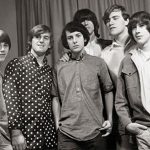 Continued from Part One… Far better was the A-side of The Palace Guard’s second single, the moody, minor-key “A Girl You Can Depend On.” The flip side of that single […]
Read More 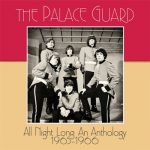 Emitt Rhodes’ pre-pre-fame band The Palace Guard gets a career-spanning compilation Emitt Rhodes was something of a cult figure in music. The singer, songwriter, multi-instrumentalist and producer never achieved widespread […]
Read More