File next to: Chris Stamey, Emitt Rhodes, Pete Yorn You can learn a lot about a musician by studying the company he keeps. Durham NC-based Brett Harris has been a […]
Read More
“Best-laid plans of mice and men oft go astray,” wrote Robert Burns (and not, as I had thought, Shakespeare, though he wrote pretty much every other quotable quote). My significant […]
Read More 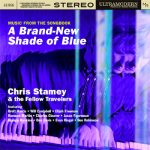 Taking full advantage of their first majority in North Carolina government in decades, the state Republican party has pushed through their conservative legislative agenda. Among the most high-profile – and […]
Read More

Imagene Peise — Atlas Eets Christmas Let’s get a few things out of the way right up front about this holiday-themed release. First there is no Imagene Peise; despite a […]
Read More
Today I’m headed on a road trip to Raleigh, NC for my second Hopscotch Festival. As with last year, I plan on taking in shows by a variety of undiscovered, […]
Read More
Chris Stamey has been an important – if ever-so-slightly underground – part of the American music scene for decades. An early post-Big Star collaborator with Alex Chilton, he went on […]
Read More